The rivers that run into New York Harbor will be unfit for recreational activities at least through Sunday because of a catastrophic fire that shut down one of the city’s largest sewage treatment plants, the city’s health department said Thursday.

Ian Heywood of the Bronx fished from a pier a dozen blocks south of a stricken waste plant.

A warning by the Hudson River near West 90th Street on Thursday. Millions of gallons of untreated waste spilled into the river.

The declaration, rare in scope, was made as millions of gallons of untreated sewage were being discharged from Manhattan into the Hudson and Harlem Rivers.

As New Yorkers reeled from hot weather, the authorities also advised against swimming at four city beaches on Staten Island and in Brooklyn. The remaining public beaches were still safe to use, but officials worried that a tide of sewage might force more restrictions or closings unless at least part of the crippled treatment plant could be brought back on line before Friday night.

The prospects for a quick recovery from the fire this week, which started in the main engine room of the North River Wastewater Treatment Plant in Harlem, were uncertain.

“It did significant damage, and we don’t know yet when we will get it back,” said Farrell Sklerov, a spokesman for the city’s Department of Environmental Protection, which operates the plant.

The fire was so severe that a contractor was called in to buttress floors before officials could inspect the damage in the room, which houses five engines. Two of the engines came through the fire in relatively good condition, but they share wiring and fuel lines with the other three.

On Tuesday, just a day before the fire, tests on city waters found them to be in “excellent” condition and fit for swimming, said John Lipscomb, the manager of water quality sampling programs for Riverkeeper, an environmental advocacy group.

By Thursday, public boat launches on the Hudson had been shut down. People fishing from piers were told the water was unsafe. Swimmers young and old were being turned away from Riverbank State Park, which sits atop the treatment plant, has three swimming pools and other amenities, and was closed because it had no electricity.

The city has nearly 600 miles of coastline. The health warning covers the waters from the Verrazano-Narrows Bridge to the Hudson, Harlem and East Rivers. People should avoid activities that could involve contact with those waters.

A beach pollution advisory was issued Thursday evening for South, Midland and Cedar Grove Beaches on Staten Island and Sea Gate in Brooklyn. Updates were to be posted on the department Web site, www.nyc.gov/health.

New York’s waterways have been transformed over the last four decades, in large part as a result of the city’s 14 sewage treatment plants, which were built or modernized with Clean Water Act money.

Instead of pouring into rivers and bays, raw sewage is now treated in plants like North River, which is on the Hudson between 137th and 145th Streets and handles waste from the West Side of Manhattan above Bank Street in Greenwich Village. About 120 million gallons a day is treated there, but it can handle up to 340 million gallons when it rains.

The sewage reaches the North River plant by gravity flow — running downhill to the plant from the higher elevations of Washington Heights and Inwood, and down an artificial slope from Lower Manhattan. A sewer line about six inches below the street at Bank Street gradually drops to a depth of 50 feet by the time it reaches the Upper West Side.

At the plant, which is at sea level, engines pump the sewage about five stories up. As it descends through the plant, the sewage goes through aeration and settling tanks, as well as a biological process that digests much of the waste.

It was one of the five pump engines that caught fire on Wednesday, officials said. No official cause was declared, but the fire was not considered suspicious. Workers at the plant theorized that a turbocharger on the engine overheated and broke, rupturing a fuel line.

There is no fire suppression system in the engine room, and workers immediately called 911. Four large feeders from Consolidated Edison were shut down.

Firefighters traveled about 400 feet from the entrance to the plant before reaching the machine room, which was belching heavy smoke, said Frank Dwyer, a spokesman for the Fire Department. “The fire was fed by fuel, so they had to put foam on it,” he said. “There was intense heat in there.”

Two firefighters were treated for minor injuries, he said. It took about four hours to bring the fire under control, and by then, no sewage was being treated.

Instead of running to the plant, the sewage was being diverted to among some of 56 “outfalls” — basically, pipes leading directly to the water. They are typically used as a relief system after heavy rain because storm water pours into the sewer lines and can overwhelm the treatment plant. Most of the pipes lead to the Hudson, but a few discharge into the Harlem River.

“This is not a matter of one pipe dumping sewage into the river,” said Philip Musegaas, director of Hudson River programs for Riverkeeper. “This is multiple pipes in a large area.”

Kathleen Macartney was on the water Wednesday evening, training for a race in an outrigger canoe for two people. Only after she got out did she learn about the sewage problem. “If I would have known this before, I would not have paddled through the most disgusting water on the planet,” she said.

On Thursday evening, two boys were swimming in the river a short distance from one of the outfalls, and Mr. Lipscomb, who was on the river for more sampling, steered his boat toward shore to warn them. He had no doubt that test results would show that the contamination levels in the river were high.

“This is giving us a picture of what it was like four decades ago,” he said. “It’s going to show us how important the money we spent on North River has been to quality of life on the river for humans and other critters.”

A version of this article appeared in print on July 22, 2011, on page A1 of the New York edition with the headline: After a Blaze, Waste Floods The Hudson. 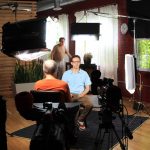