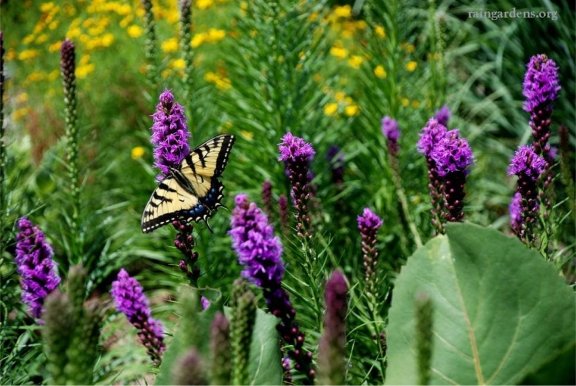 With a landmark announcement this week, New York City has officially joined a growing number of cities around the country in embracing a smarter–and paradigm-shifting–approach to reducing water pollution. Using a suite of techniques like strategically located street plantings, porous pavements, and green roofs, collectively known as green infrastructure, New York is turning the problem of excess stormwater into a solution that will improve the health and livability of its neighborhoods, while cleaning up the waterways that course through and around the city.

It’s hard to overstate what a dramatic shift in thinking this represents. Instead of viewing stormwater as waste, New York is turning it into a resource. With this move, New York is showing the rest of the country that if the largest city in the U.S. can finally tackle its chronic water pollution problems with green infrastructure–they can, too.

Sewage overflows are the biggest source of water pollution in New York. During a rainstorm, the city’s combined sewer system automatically discharges storm runoff from all of the city’s paved surfaces, mixed with raw sewage, directly into the nearest water body—everywhere from the mighty Hudson River, Jamaica Bay’s wildlife refuge, and Long Island Sound, to long-neglected (but on-the-comeback) places like the Bronx River and Newtown Creek. City-wide, it’s a 30-billion-gallon-a-year problem.

Like New York, nearly 800 older cities in the country have similar combined sewer systems, built in a time when cities had fewer paved surfaces and roofs to deflect rainwater. Now, these systems can be overwhelmed by a fraction of an inch of rain, leading to serious water pollution. As the climate warms, severe rainstorms will only become more frequent in many parts of the country, making sewage overflows and other forms of stormwater pollution more severe.

A porous concrete sidewalk in East Flatbush, Brooklyn, allows rain to filter back into the ground, rather than run off pavement into the sewer system. Photo courtesy of NYC Environmental Protection.

Building out traditional “gray” infrastructure, like pipes and underground storage tanks, to handle the excess water can be hugely expensive – and we often outgrow them as the population increases. City officials in New York, Philadelphia, and dozens of cities around the country are finding that green infrastructure, which absorbs rain before it reaches the sewer system (lessening the load it needs to process so there are fewer overflows), can be a more cost-effective solution that not only slashes water pollution, but also provides flood protection, beautifies communities, improves air quality, and cuts energy costs. (Many of these cities are profiled in NRDC’s recent report, Rooftops to Rivers II: Green strategies for controlling stormwater and combined sewer overflows.) Green infrastructure also holds tremendous potential to augment over-stressed sources of municipal water supply, and can even be a driver for private investment in urban revitalization efforts.

An enhanced tree pit on Autumn Avenue in Brooklyn helps keep runoff from going down the drain. Photo courtesy of NYC Environmental Protection.

In New York, green infrastructure is going to play a transformative role. But the story is much bigger than that. With New York now joining Philadelphia as two major U.S. cities committed to shifting billions of dollars in needed water infrastructure investment from gray techniques to more cost-effective green approaches – and getting “credit” towards their Clean Water Act obligations for doing so — this is also a gesture with national significance. It’s a complete paradigm shift in how we think of the “problem” of stormwater. Instead of trying to get rid of this “excess” water as fast as possible, we are turning it into an opportunity to make cities more livable places, with cleaner air and greener neighborhoods.

In the West, cities spend enormous amounts of money and energy, and cause considerable environmental damage, just to get enough water for daily use. In the Northeast, we are lucky to have this rain. Green infrastructure allows us to make the best possible use of this resource. And that’s what water should be–a resource, not a headache.

The Truth About Acid Rain