GREEN TOWN to be built soon!

Just add water (and architect): Deep green community to grow outside of Seattle
The architect responsible for the Modern Living Showhouse at Dwell on Design 2011 is a force behind Grow Community, an eco-enclave with shared composting facilities and kayak storage on Bainbridge Island, Wash.

Grow Community, a planned zero carbon neighborhood on Bainbridge Island, Wash. Image: Asani
In my post last week about the glammed-up, greened-out Modern Living Showhouse on display at Dwell on Design 2011, I talked a lot about the eye-catching interiors procured by Zem Joaquin and the team at ecofabulous. Honestly, I could write an entire month of posts just about all of the green goodies I saw jammed into the 520-square-foot, currently up-for-auction-on-eBay prefab abode.

While so focused on the great work of Zem and Co., I didn’t have much time to explore the architect behind the Modern Living Showhouse: Jonathan Davis of pieceHomes, the modular-centric offshoot of L.A.-based green architecture firm, Davis Studio Architecture + Design. While Davis and pieceHomes are new to me, it didn’t take me long to appreciate his past work — get a load of the Bell Mountain Ranch — and an in-development project that really caught my attention: Grow Community, a zero-carbon neighborhood of 137 solar-powered residences (50 homes and 87 apartments) to be built on Bainbridge Island, Wash. The ambitious project is a joint venture between pieceHomes and eco-developers, Asani.

Seattle’s King5 News calls Grow Community “one of the world’s greenest communities” which is a touch hyperbolic even for this sleepy Seattle commuter island that’s home to two MNN favorites: sustainable design firm Grain and eco-architect Matthew Coates. One thing’s for sure, if all goes as planned this 8-acre “pedestrian-oriented, energy-efficient, multigenerational neighborhood” will be the largest new development in Bainbridge’s recent history. Grow Community will also be one of the only communities in the nation (certainly the first in Washington) to achieve a stamp of approval from One Planet Living’s Communities program. This rigorous, 10-tier certification program developed by environmental nonprofit BioRegional Development Group and WWF International focuses on the greenness of neighborhoods instead of individual homes. The project will also seek LEED Gold certification.

Consisting of five different single-family home designs — ranging from 1,200 to 1,600 square feet — and apartments — ranging from 450 to 1,200 square feet — designed by Davis and the pieceHomes team, Grow Community will generate all of its own power through solar panels placed atop the residences along with additional panels installed elsewhere on the island. There will also be ample “bike and kayak storage,” organic community gardens (or P-Patches in Seattle-speak), and shared composting and recycling facilities. And, not surprisingly, the community will be so pedestrian-centric that owning more than one car could become a major hassle.

Vehicle parking would be located in consolidated areas away from homes, making residents more likely to use the development’s trail network as their primary means of getting around. The trails, including a main public one, would funnel residents toward Madison Avenue, where a farmers market, a grocery store and various Winslow shops are within easy reach. Only one parking space is planned for each home.

As reported by the Kitsap Sun, the developers expect a full build-out to take about five years and homes within Grow Community won’t be exactly cheap — the developers aren’t aiming for affordable housing status or public funding — but will fall on the lower end of things on the somewhat pricey Bainbridge Island scale: Asani anticipates that the one-, two-and three-bedroom homes will sell for something in the ballpark of $250,000 to $390,000. In addition to the homes and apartments, the Waldorf-affiliated Madrona School may relocate to the community.

Find out more about this remarkable deep-green neighborhood over at Asani, on Facebook, and on the development’s informative blog. It’s also worth reading more about One Planet Communities, a program that I was, until now, unfamiliar with. And stay tuned for this month’s installment of “Evergreen Homes” where I’ll feature a gorgeous prefab getaway in the wilds of my native state, Washington, that, like pieceHomes and Grow Community, I found out about at Dwell on Design 2011. 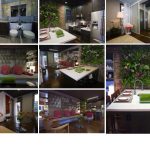 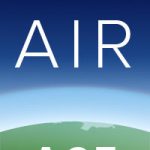