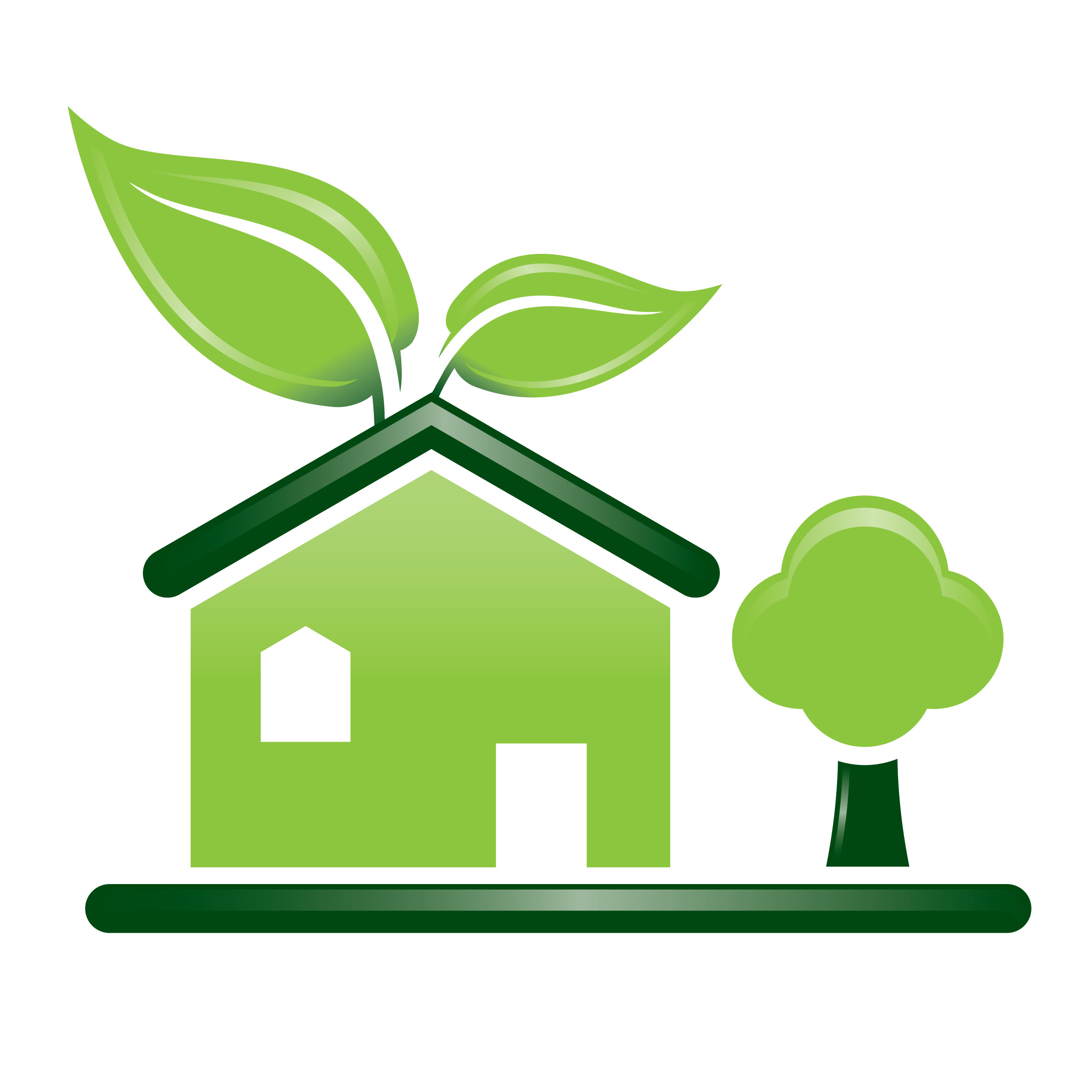 Continuing my three part series on Green Homes, here is the second part which intends to list out the top 10 priorities that the builder, designer and most importantly the home owner should be aware off. This part is going to be split into a series of 10 articles, each one covering a particular green home priority. I am going to follow a ranking order listing out first, what I believe are the most important factors to be considered in greening a home and then gradually moving to lesser known but probably equally important factors. The order is my personal opinion based on the Indian context and solely takes new homes and major renovations into account. My ranking might have been slightly different if I was to consider existing homes or homes built in the coldest or driest parts of the country. I will be pleased to hear any disagreements but the bottom line is that all of the priorities I will cover are important in most situations–and there are lots of other greening strategies we should try to address, even if they don’t make it onto this list. So here goes:
Green Home Priority ~1 – Reduce Water Use

Number 1 on my list of the top-10 green home priorities is to reduce water use. I expect some readers will be surprised at my choice of water and not energy being the top priority. Well, this would be fair in most countries but not in India. Water is a rapidly renewable resource in the sense that we get two major monsoons in a year but one must also remember that the quantity of water is finite and is not going to increase year after year. Energy production on the other hand can be increased as per requirement from conventional or renewable resources. Not inferring that energy is any less of a priority but we know that an energy crisis can be managed with human intervention; on the other hand, we are at nature’s mercy for water. But in many ways, water resource issues are an even bigger problem in parts of the country that aren’t as used to thinking about water. Take Charrapunji for example where even an annual rainfall of 11,777 mm does not seem to be enough to provide a secure water supply.

For those who didn’t already know here is the Indian scenario: Not a single town, village or city in India has a 24*7 water supply, not a single water board charges its consumers the amount it costs the government to convey the water from far of catchment areas to their homes, not many people know the true cost of getting a kilo litre of water to flow from the catchment area to the taps in their homes and many people seem to believe it is gravity that brings water to their doorstep. The haves with a proper municipal supply cannot care enough for water and the have nots do not get much water. The very concept of central municipal water supply has no business model and hence like many other government services, is not sustainable.

Lets take Bangalore as an example: Bangalore is situated at an elevation of 3,020 ft above sea level but all its water comes from sources that are well below this elevation. Bangalore Water Supply & Sewerage Board is currently drawing water from two rivers namely, Cauvery (80% of the city supply) and Arkavathy (20% of the city supply). Water from these two rivers is stored in huge reservoirs constructed near the rivers. From the reservoirs, water is then let into treatment plants for purification, then the water is pumped in large pipelines to the smaller reservoirs in the city through a series of pumping stations and within the city, water is supplied to households and other establishments by further pumping through a network of smaller pipes. Hence every drop of municipal water that a Bangalorean consumes or wastes has been pumped using large amounts of energy. The exact energy consumption figures are not known but one can only imagine the cost of pumping 945 million litres of water per day to heights of 3000 ft. The scenario in other cities is either alarming (Cost of water supply in Chennai is even higher) or only slightly better.

It gets worse: Because of the laws nature, everything that goes in has to come out in some form or the other. This is what we call sewage, which is an even bigger problem than the water supply itself. The more water we consume the more sewage we generate. The more sewage we generate the more energy intensive treatment facilities we require. Not a single city in our country treats even close 75% of its sewage. Broken pipes, unregulated colonies, slums and industrial effluent only compound our problems. In most cities sewerage systems are incomplete or non existent in some parts. Hence sewage is either simply let into the storm water drains (meant to carry only rain water) or lakes. Making this water unfit for human consumption.

The bottom line is: Water use reduction is such an important factor in construction of Green Homes (and other buildings for that matter) mainly because water is energy-intensive. Pumping water out of the ground or catchment, moving it from one place to another, treating it, and then treating the waste-water after we use it accounts for about 3% – 6% of the nation’s electricity. Water is also such a high priority because so much else depends on it. Most of our power plants draw water from rivers and lakes for cooling, and during severe droughts power plants have to shut down. Unlike the more developed countries our food system is highly dependant on irrigation. We drink and wash with water. And it takes a lot of water to generate electricity: on average 15 – 20 litres per kilowatt-hour in India.

There are lots of good ways to reduce water use. A few of my favourites are listed here:

Replace old shower-heads with new ones that do not dispel more than 8.4 litres per minute
Replace old toilets with latest dual flush systems that do not dispel more than 4.2 litres per full flush and 2.1 litres for half flush
Reduce the water consumption of bathroom faucets by installing aerators that increase air supply and restrict water supply to about 8.4 litres per minute.
Install waterless urinals. Yes they work and no there is absolutely no odour. If there was, nobody would buy them and hence nobody would make them.
Install pumping management system to ensure there is no overflow from the overhead tanks.
Buy a water-saving washing machine. Horizontal-axis, front-loading machines use significantly less water than most vertical-axis top-loaders.
Buy a water-conserving dishwasher or don’t buy one at all.
Plant low-water-use landscaping. Grass is getting too common anyway.
Harvest rainwater for irrigating and other outdoor uses. With sufficient filtration and purification rainwater can be used for drinking purposes as well.
Treat at least the grey water to reuse for irrigation.
These suggestions are just a starting point; there are lots of other opportunities for savings. Huge savings can also be achieved simply by changing your behaviour: taking shorter showers, and not running the water when washing dishes or brushing your teeth, and skipping car-washing, for example. To a significant extent, water savings is about common sense.

The larger unrelated issue: Rain is decentralised. So is the demand for water. Why cant we decentralise the supply? In my opinion the entire system of water supply from a centralised location and also treating the resultant sewage in a central location is fundamentally flawed and does not make any sense. Well, not in a big country like India with a big population and with even bigger problems. How is it practically possible for even the most efficient government machinery to supply water to 1.3 billion people and also take away all the waste they generate for little or no fee and treat it? How many STPs are we going to build, where is the water going to come from and more importantly where is the energy to do all the above? Even if we manage to treat most of the waste water in centralised sewage treatment plants there is no means to convey the reusable water back into our cities without creating more infrastructure that requires even more energy.

These traditional ideas of what a government is supposed to do for its people and what people should expect from a government needs to change. The government’s job is to act as a facilitator and not as a provider. The governments job is to encourage, support and provide technology/incentives for water conservation, water harvesting and decentralised waste water treatment systems within sites. Since rain is only seasonal the government should supply water at higher costs when people need it and for those who want to continue using the sewage systems they should be willing to pay for the quantity of waste they send out. These are larger political issues which need to be debated in the appropriate forum. But in the medium term we will continue to see political parties promising people more water hence more dams, more free sewage treatment hence more STPs, better waste collection hence larger dump yards and more electricity and hence more power plants; there is no end to it. I hope common sense prevails and some day people realize that the more we build the more we lose, why to build when there is nothing to gain.

This Midwest Drought Will Effect Us All.